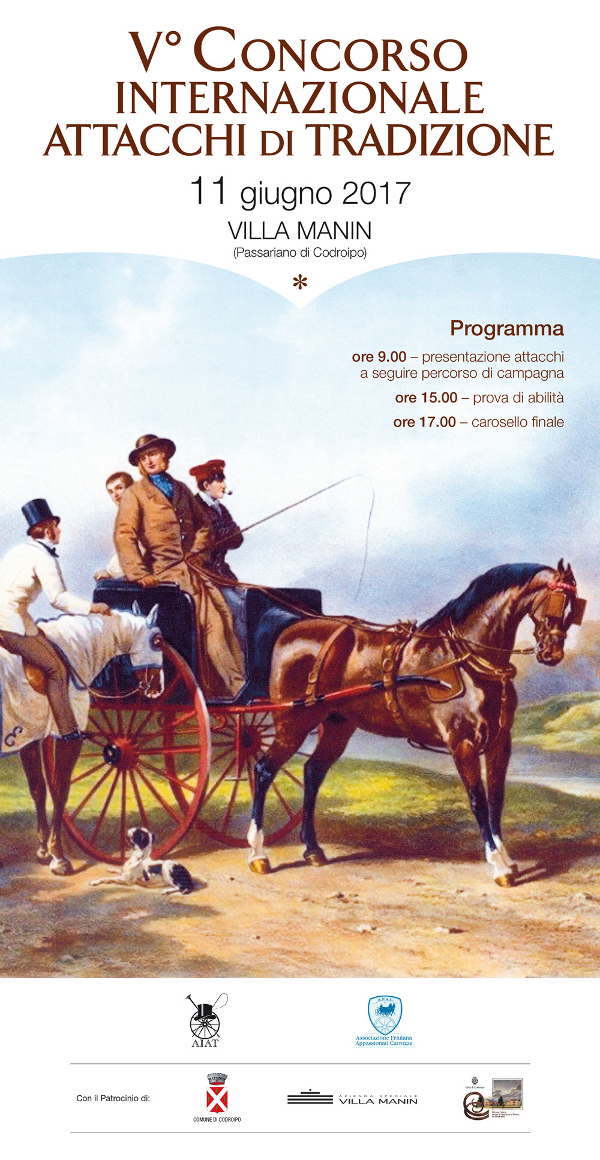 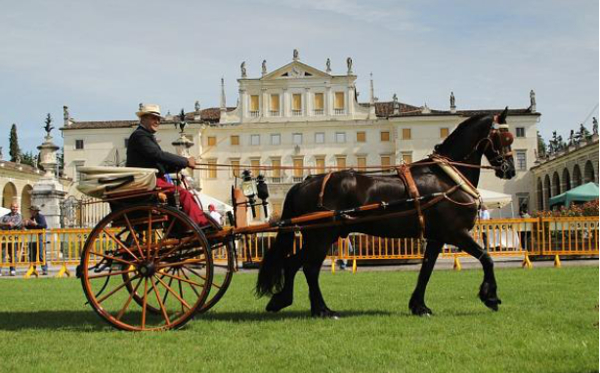 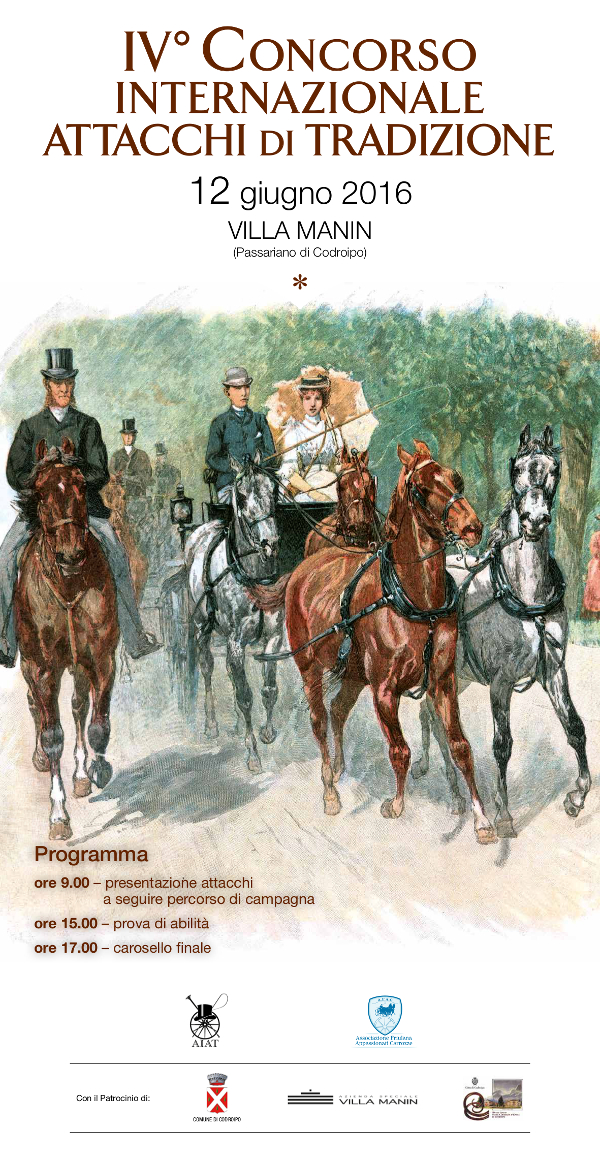 On the 7th of June the third CIAT, a real Italian “Concorso”,  took place on the marvellous property of Villa Manin. It was a villa owed by a rich family called Manin, one of the last doges of Venice. The entire building is inspired by the famous France castle of Versailles. Hunting games took place at the location and it’s not hard to imagine that the competitors were more than impressed.

The competition was initiated by a reception in the forecourt of the villa. With a glass of delicious local Prosecco in one hand, contacts and bonding took place between the variety of competing nations. By force of Italian habits the gala diner with regional dishes were served under the ‘galleria’ surrounding the court who was filled with the atmospheric music of the Codroipo chamber orchestra . During the reception it became clear that this concours was organized with an eye for detail and perfection.

31 turnouts of Italy, Switzerland and Poland)were judged by international judges on the court of the castle, which was constructed according to the concept of the Saint Peter’s Squareat Rome. Some exquisite turnouts such as these of Edgardo Goldoni, Fiorenzo Erri and Carlo Battiston received a high score in presentation. It was noticeable that the tendency for conservation of the original components during the restoration of the carriage was appreciated.

Passing by the beautiful Italian landscape consisting of vineyards alternating with beautiful forests the competitors had to take five high levelled PC’s :  the rail, the putting away, the stopping on slope, the drinking glass and the stop. Also the cone driving was set in a beautiful scenery and was from a high level. This was noticeable at the number of balls knocked down by the drivers, only three competitors drove a clear round. Which means that the proficiency tests were of overriding importance. This gives us on the first place Cristiaan Mettler (CH), followed by Orsenigo Gianluigi (It) and on the third place Erri Fiorenzo(It).

“Villa Manin” could see his competitors off with pride in the blazing evening sun. It was a concours which was worth of his removal and has a lot of potential to become bigger and more important.